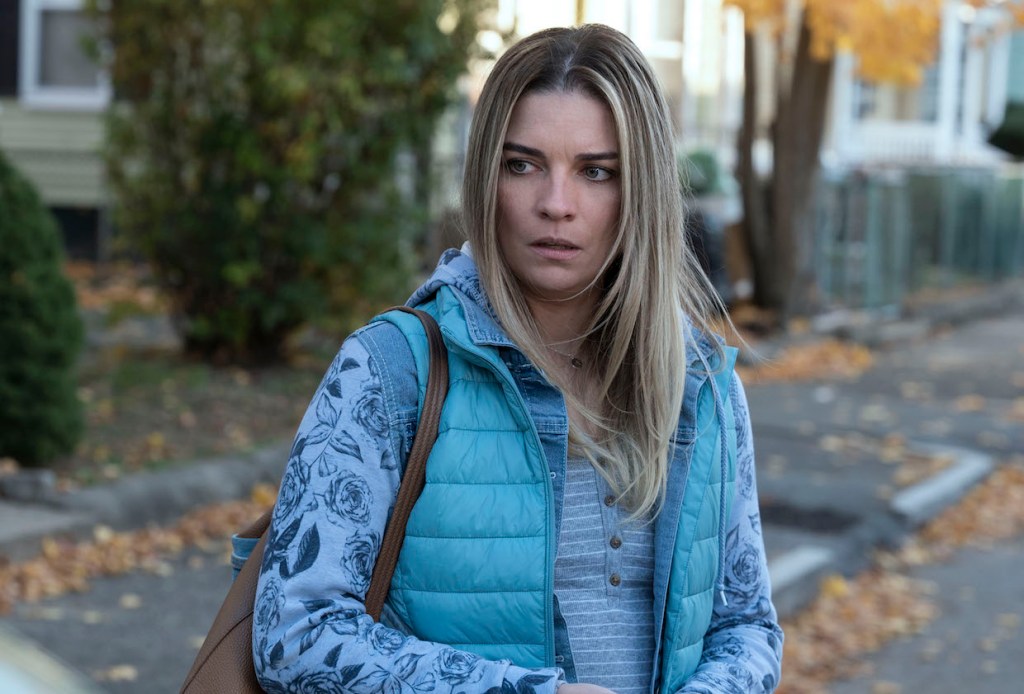 We all know the stereotype of the long-suffering sitcom wife, right? She’s way too hot for her proudly immature husband, and she quietly stays in the background while he hogs the spotlight?

Well, AMC’s new dramedy Kevin Can F**k Himself — premiering Sunday, June 20 at 9/8c — aims to blow up that stereotype, promising a meta satire that demolishes those creaky old TV clichés. (The title even refers to a particularly infamous example of the genre: the Kevin James-Erinn Hayes CBS sitcom Kevin Can Wait.) But after watching the first four episodes, I’m thinking maybe this was a better idea than an actual series, because the result is a grim, unpleasant mishmash that doesn’t really work on either end. The satire is suffocating… and we end up feeling suffocated, too. 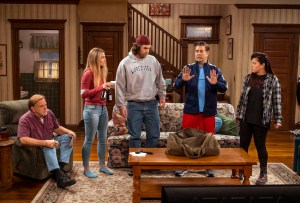 Schitt’s Creek alum Annie Murphy stars as Allison, a stressed-out wife who only serves as a nag and a wet blanket to her boorish husband Kevin (Eric Petersen). Their scenes together are shot like a hacky sitcom, complete with laugh track. But once Allison gets time to herself, her world becomes a moody, single-camera drama with no laughs at all. (It’s The King of Queens inside her house, and Mare of Easttown outside of it.) She’s clearly unhappy with her life, and her pent-up rage and resentment start spilling out at inopportune times. She even fantasizes about stabbing her husband in the throat and starting fresh as a widow.

It’s a set-up rich with potential, to be sure, and the sitcom scenes are accurate… but that just means they’re awful. Kevin is a grotesque, lazy-eyed lout (he’s a New England Patriots fan, just to make him even more insufferable), and we never get a good explanation as to why Allison would be married to him in the first place, or why she wouldn’t just leave him. And there’s too much of him: For some reason, Kevin insists on working a full-length sitcom plot into each episode, with all the cheesy punchlines you’d expect. It’s well-executed, down to the overly bright lighting and broad performances, but once we get the idea, why do we have to keep seeing it? This is Allison’s hell. Why do we have to live in it, too? 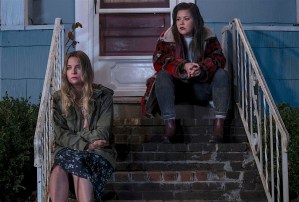 Allison’s real world, though, isn’t much more satisfying or sharply written than the sitcom world. The dramatic scenes seem to be going for a Breaking Bad vibe, as Allison dips her toe into the local criminal underworld, but it’s hard to get invested in her journey. The show hesitates to go all the way and make her a full-blown killer, so her character ends up being frustratingly wishy-washy. Plus, there’s a crushing sadness to her scenes that just becomes oppressive. We want (we need!) to see her win occasionally, but anytime she gets a faint glimmer of salvation, it’s swiftly snuffed out, in a way that borders on sadistic.

It’s easy to understand why Murphy would take this role, just based on the premise, but the ample charms she showed on Schitt’s Creek are muted here. (Her fleeting Bahstahn accent is a distraction, too.) Mary Hollis Inboden has some good moments as sarcastic neighbor Patty, who reluctantly befriends Allison and has secrets of her own, but most of the cast outside of Murphy is either deliberately irritating or just forgettable. It’s a shame, because there’s a good TV show to be made about a sitcom wife’s secret double life. (WandaVision explored similar ideas with much greater success.) But here, the concept turns sour and curdled, and we end up as miserable as Allison is.

THE TVLINE BOTTOM LINE: AMC’s Kevin Can F**k Himself wastes an intriguing concept by mixing hacky sitcom antics with a crushingly grim tone.

Any cookies that may not be particularly necessary for the website to function and is used specifically to collect user personal data via analytics, ads, other embedded contents are termed as non-necessary cookies. It is mandatory to procure user consent prior to running these cookies on your website.